Last year a friend offered me an old sewing machine, he had found it in hard rubbish a while before, and never gotten around to using/ fixing it  - “ all I know is we plugged it in to the power and it seemed the light came on!”. Turns out it was a Singer 201K machine!
I was very excited to take it, as I have been dreaming of getting a classic old machine for years! My Dad had a couple in his shed, but they were specialised shoe making machines ( which we will try and sell once life goes back to “ normal” ), so I grew up loving the look of old singer machines.
It has taken me ages to get around to taking the machine in to see if it actually works, I was almost not game enough, in case it didn’t work, or was in really bad condition. I guess I was a bit put off after I found a 1974 singer in hard rubbish last year, which turned out to be not worth repairing.

But once the sewing room was fixed ( involving angle grinding a channel  into the concrete floor ( outside) and LOTS of silicone sealant  inside on the floor/ wall joint!)  and everything back in place, I had a clean up, and it was time for a test drive!
At the start of the holidays I had taken the 201 in to Statewide Sewing in Coburg for a service. Roger said it was a fantastic machine in great condition, only needed a good clean and general service. He gave me some tips - like the right- left needle  threading! and  I bought some bobbins and needles. 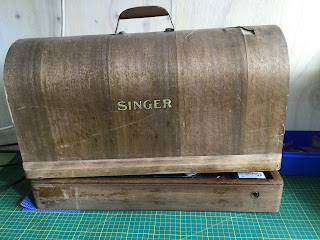 The case is a bit damaged, I really must put some beeswax furniture polish on it! 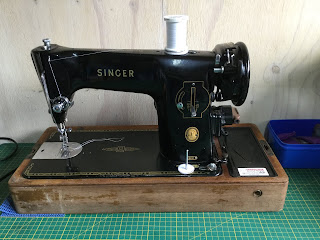 And here she is!  Shout out to the lovely Katie over at Katie Writes Stuff, for her great vlog post on how to thread an old singer machine! I still have yet to try winding a bobbin though, that will be the next challenge!

I had so many plans these holidays, finally being able to get into my sewing room " the shack", have a sort out and get some actual sewing done! Half done quilts, cut out new jackets, not to mention a mountian of mending. I even took my "new" ( to me) machine to Roger at Statewide, to see if it was worthwhile servicing/ repairing. * more next post!*
But no, it was not to be.
I knew there had been some rain seeping through the back wall where it meets the floor. But it was worse than I first thought. So everything is packed and piled in boxes at the " dry" end of the room. Lucky I have a travel sewing kit in the house ( needles, mini scissors, black and white cotton) in case I need to sew a button ( which I did have to do yesterdat in fact!). Because I can't get to anything else.
I have 2 knitting projects on the go, of course!
As I had to throw my lovely carpet mat out ( lucky it is hard rubbish next week) I thought maybe this would be an opportune time to start a new craft I have been wanting to try - rug making! I had left a couple of old sheets accessible after all...
I did some research online, watched some YouTube clips, and got my eldest ( who has developed an interest in woodwork) to make me a wooden weaving " needle". Rustic yet rather lovely I think. ( pen for scale) 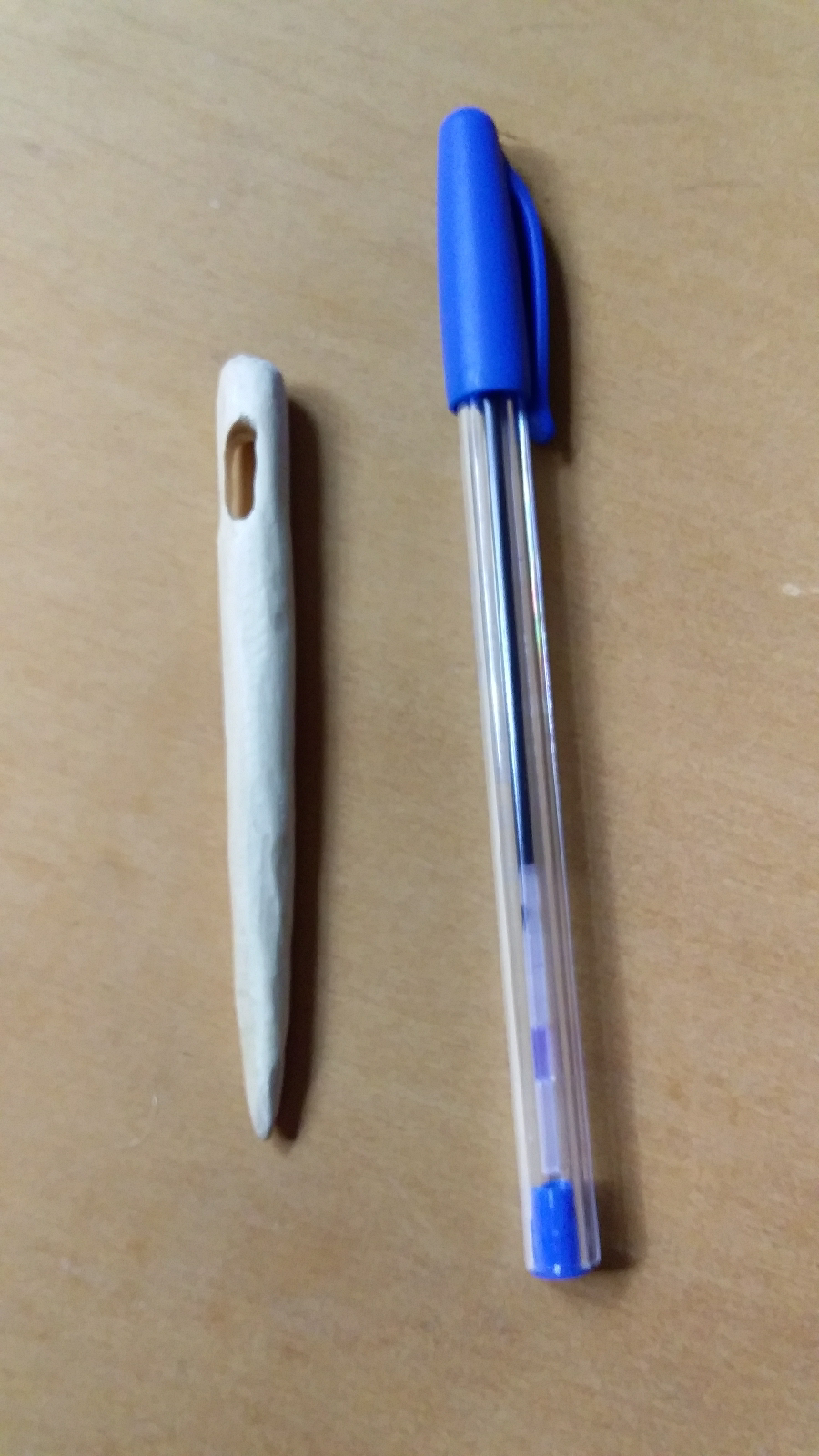 My first attempt started looking too bulky and floppy. 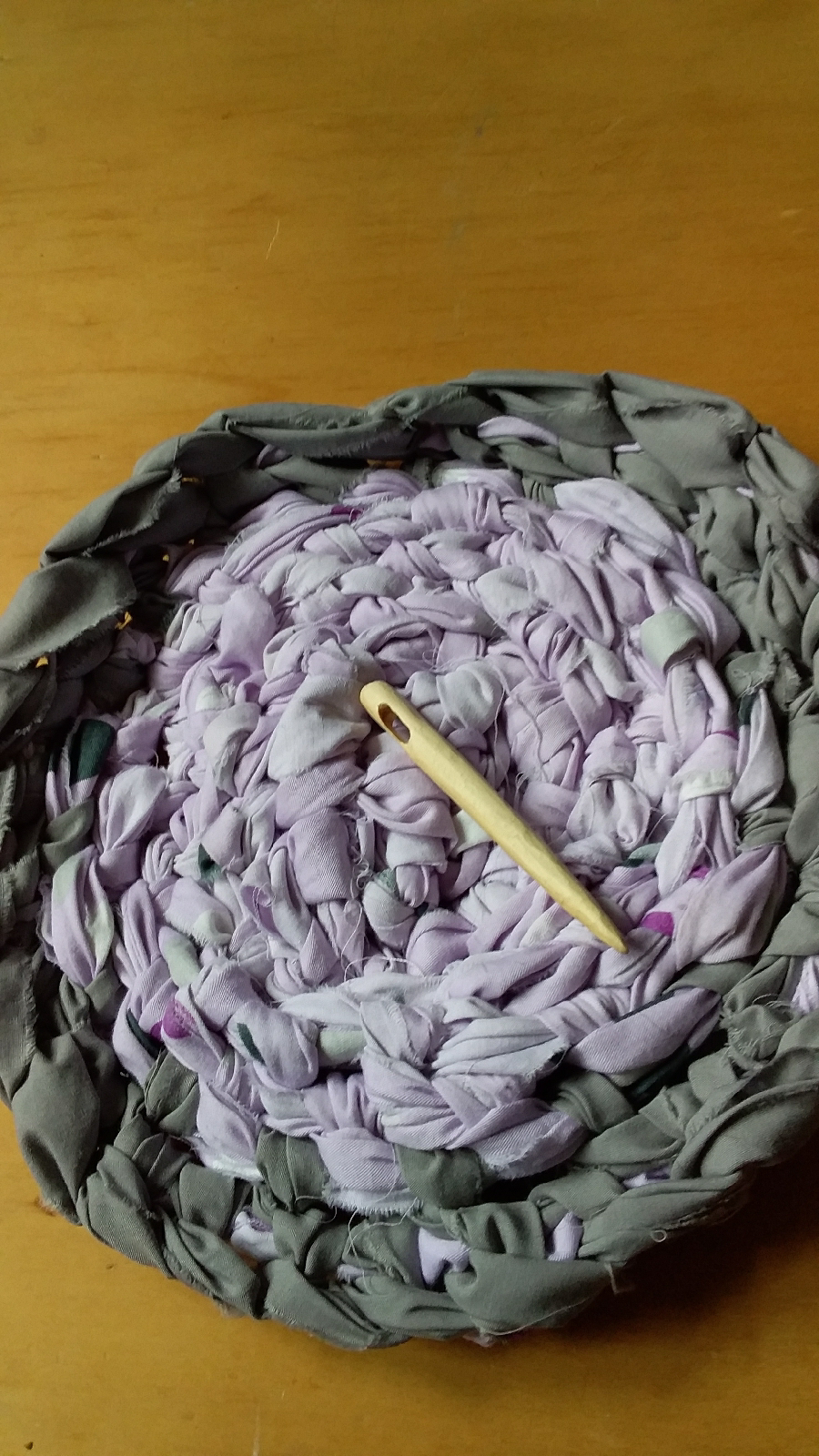 Then I thought " what if I weave onto rope" - like my machine sewn rope bowls.
I am much happier with this version, looks more like a rug. 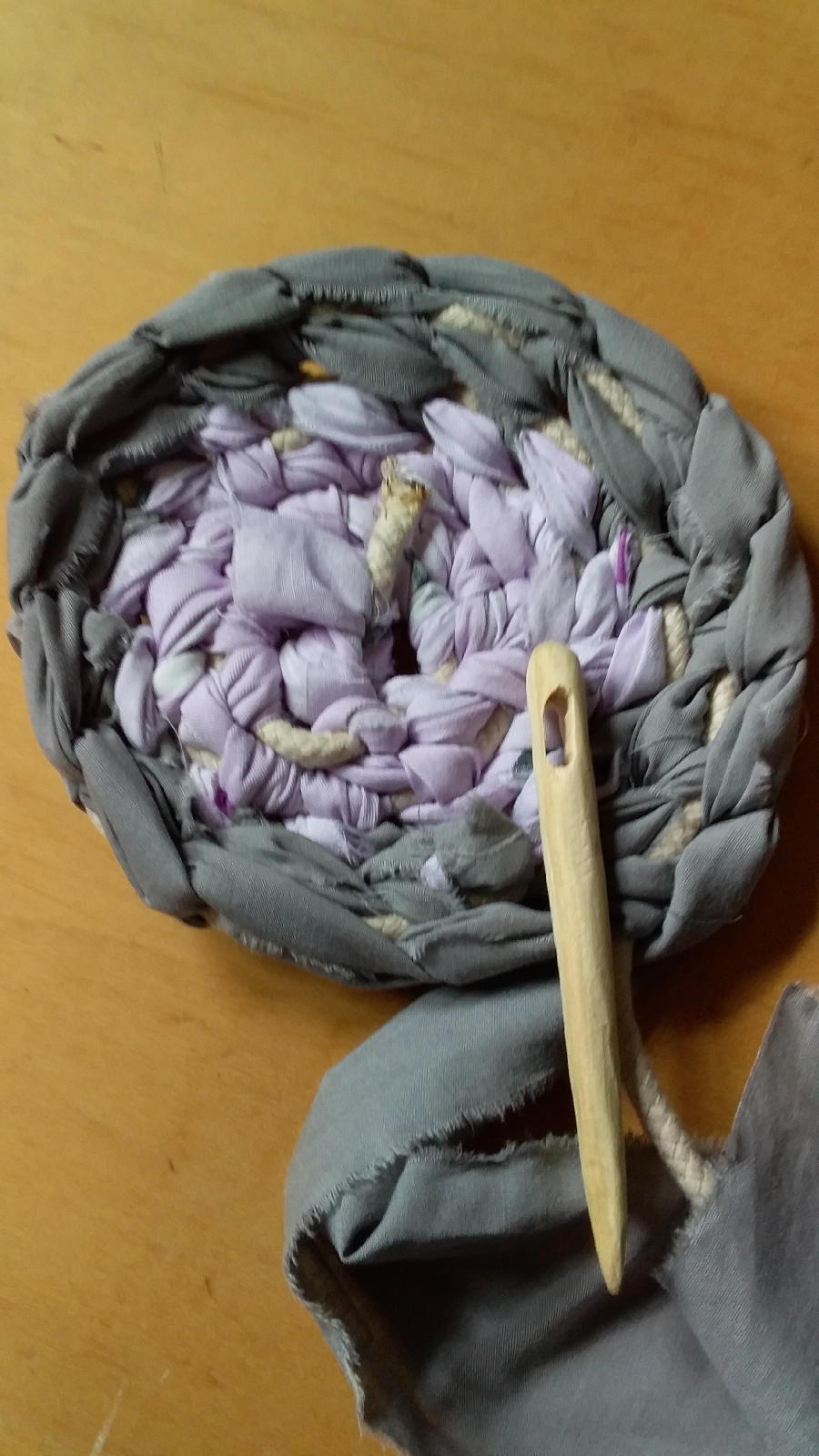